I went to Devil’s Den not to sample, but just to see it.  The Florida landscape is riddled with underground rivers, cavities, and caverns.  From what I have read, Devil’s Den represents a portion of an underground river whose ceiling collapsed thousands of years ago, leaving a circular cavern.  Apparently, SWFWMD has used it to evaluate groundwater levels; this report (http://www.swfwmd.state.fl.us/waterres/hydro/files/hcr_2003-05.pdf) listed it in a table of “Intermediate and Floridan aquifer groundwater levels in representative wells”. The cavern is in the middle of horse pastures and tracks and other fields. 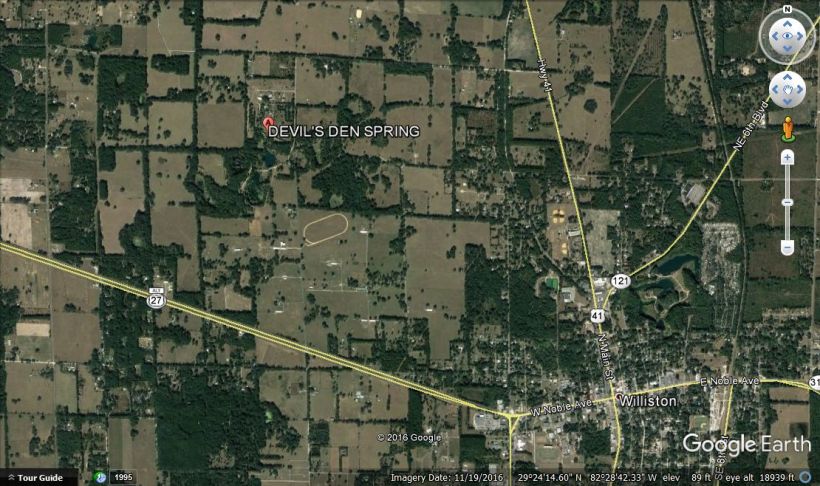 This cavern is well worth the trip, although apparently it can get quite crowded with divers during the season.  On the day that I was there, I was the only visitor, so the dive master, Don Markham, generously gave me a short guided tour before I donned my wetsuit (you are only allowed to go in if you are going in the water) and descended the wooden staircase.  While I was down in the cavern, I saw shiners (ironcolor shiners, Notropis chalybaeus?) and bluegill (Lepomis macrochirus), although before I descended, Don showed me a turtle (which disappeared before I got a really good look at it) and told me that they stock it with bass as well as bluegill.  Because I was not planning to sample, I did not bring my oxygen probe.  I will have to go back with gear, and a tripod for better photos, next time. 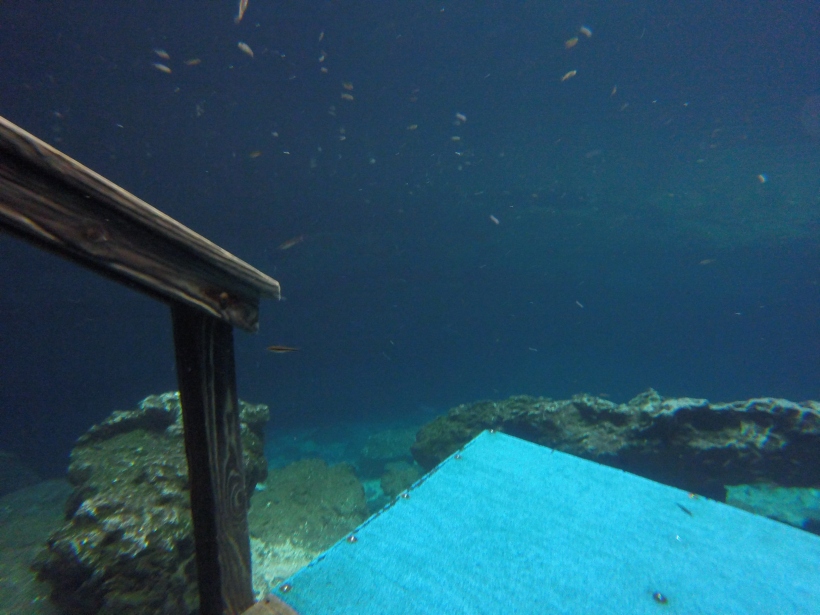 My terrible fish pictures of shiners and bluegill in the cavern.