What a beautiful vent!  I did not sample this spring because I only heard about it after I had made all my requests for sampling permission.  Furthermore, the day that I was there, children were playing up and down the run and there were divers in the vent.  I decided that any fish that had been present in the morning were long gone by the time that I got there that day.  However, I am glad that I went because it is so pretty.  I was told that it is insanely busy in the summer. 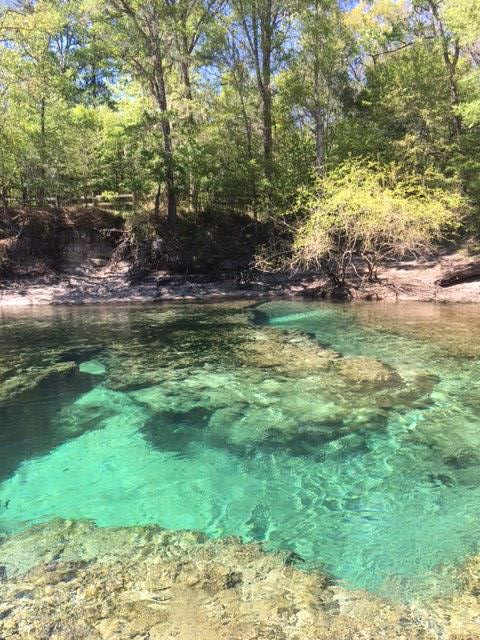 The vent of Little River Spring.  I just managed to sneak in a photo when the divers and swimmers were out of the photo.

The run of Little River Spring.  The run is short and, like Troy, appears to have little vegetation.  I think that the rock piles are not natural.

The plume of Little River Spring into the Suwannee River (the edge of the spring water, where it meets the tannic river water, is visible in the center of the photo).  For the large springs, the plume extends way out into the river, but for the small springs, like Little River, the plume can sneak down along the edge.