Salt Springs is a beautiful collection of small, rocky vents.  Not surprisingly, given its name, Salt Springs has the highest conductivity (kind of the freshwater version of salinity) of any of the St. Johns River springs.  In fact, its conductivity is about 50 times the conductivity of Juniper Springs and at least 10 times higher than any of the Suwannee River or Santa Fe River springs.  This conductivity is still a fraction of saltwater, so the saltiness is not perceivable by taste, but it does increase the likelihood of some salt-tolerant species occurring in the spring (think blue crabs and Atlantic stingrays). 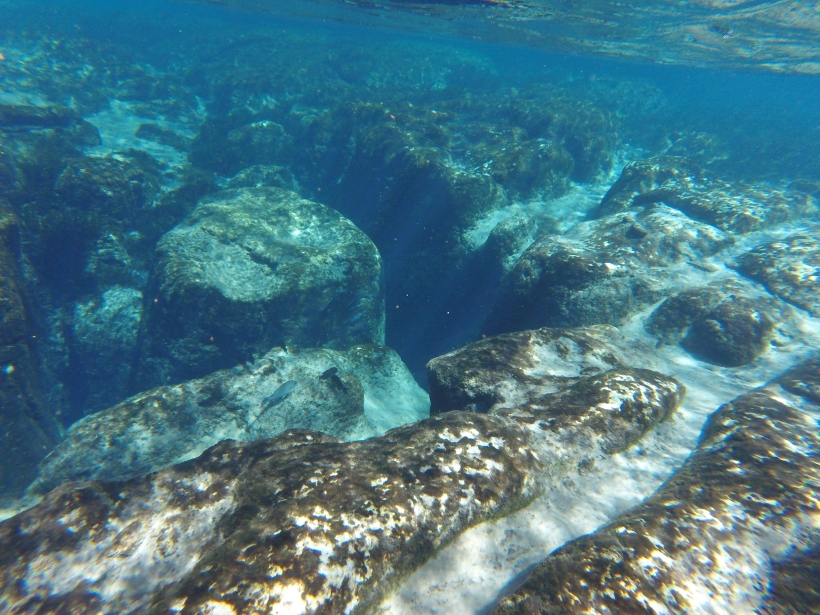 One of several Salt Springs vents at the spring head. 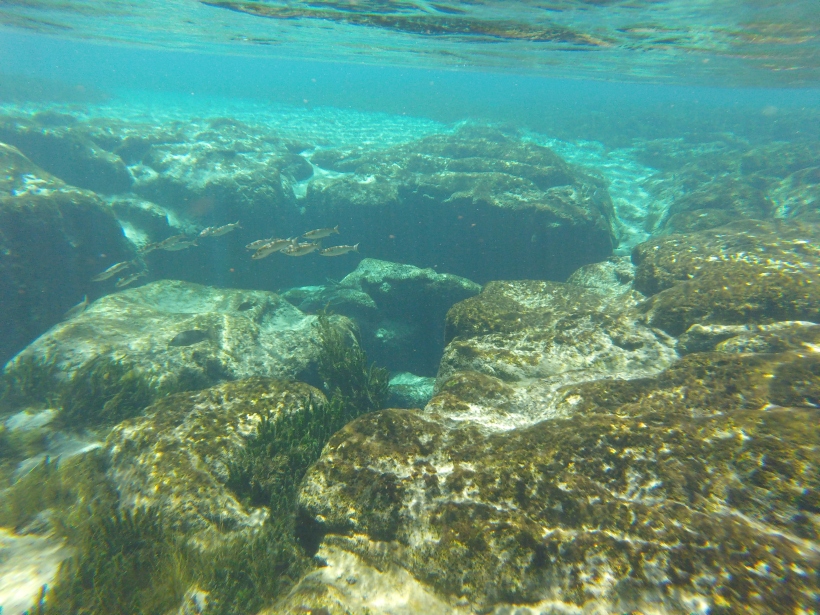 View of another of the vents.  There were lots of juvenile striped mullet (Mugil cephalus), as in this photo, swimming around the springhead.

Salt Springs sits in the heart of the Ocala National Forest; the only human inhabitants nearby are the small town of Salt Springs.  It flows down a moderately long run to the north end of Lake George. 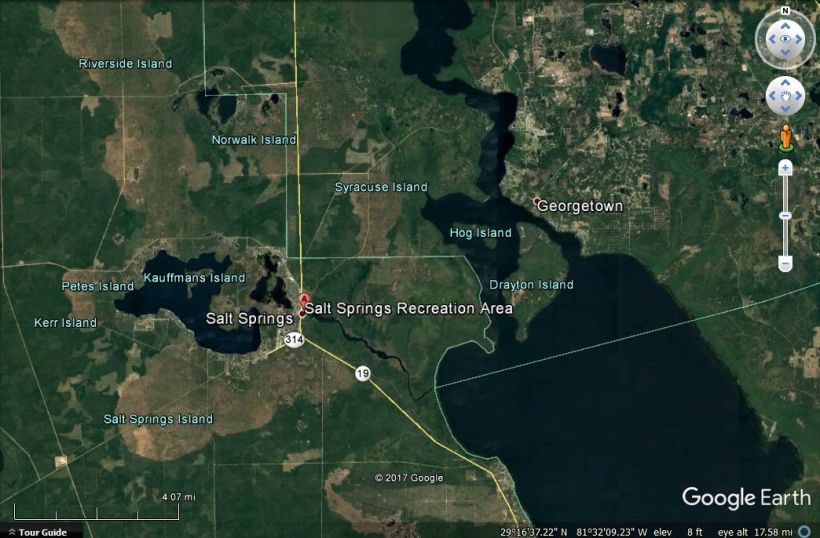 Google Earth image of the landscape around Salt Springs.

Just below the springhead, the run widens out into almost a lake, although it was still shallow enough to see the eelgrass or Sagittaria covering the bottom.  Like Silver Glen, it appears that boats anchor just outside the springhead, although not in the same numbers as at Silver Glen.  Probably the length of the run reduces the number of boaters; two of the three boats that I saw that day were fishing. 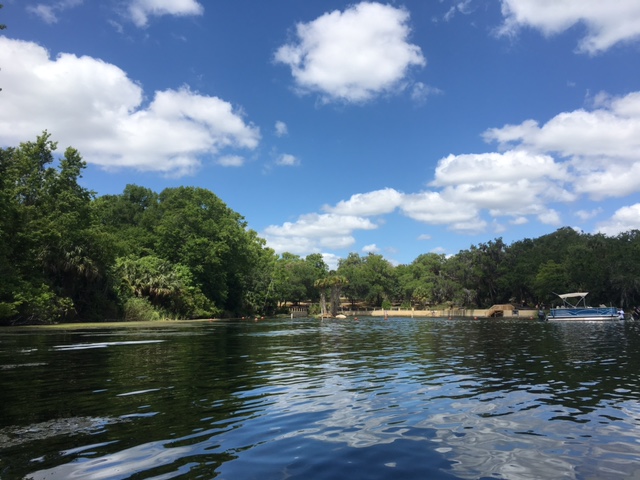 A view looking back at the springhead with a boat parked just outside the park. 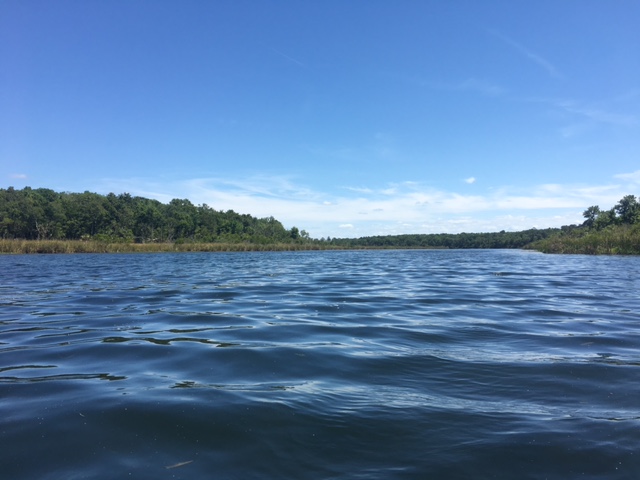 The “lake” in the run of Salt Spring.  The run narrows again at the back of the photo.

The day that I went out, it was fairly windy, so after paddling hard down the run (but upwind), I eventually took refuge in a side creek that I wanted to explore.  I didn’t find many fish in the side creek, but it was lovely and peaceful. 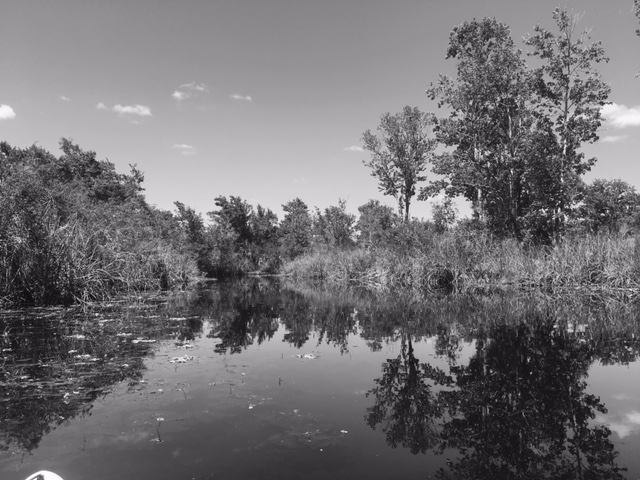 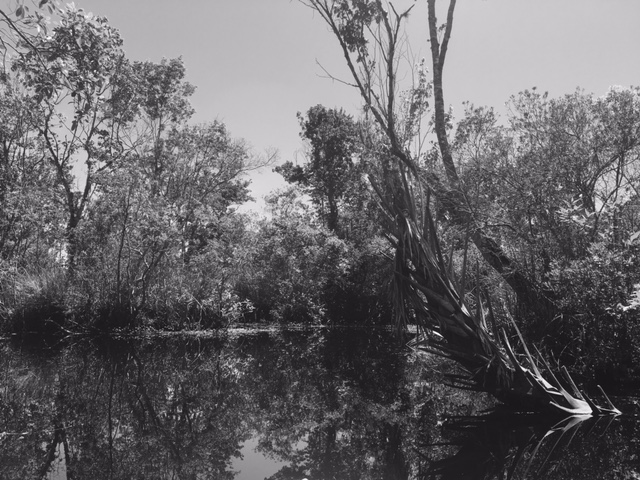 Another view of the side creek of Salt Spring, just before it became impassible.  I was looking for another spring at its source, but I didn’t make it, so I never found out whether there was one.

Salt Springs also has a moderately high discharge (80 cfs), only slightly lower than Silver Glen Springs and about half of the discharge of Volusia Blue Spring.  It also has fairly good dissolved oxygen for a Florida spring (4-6 mg/L as opposed to 0.1-1.5 mg/L for Volusia Blue) and low nutrient concentrations (0.1 mg/L for nitrate and 0.02 mg/L for phosphate).  Given that some of the Suwannee River springs had nitrate concentrations on the order of 2-5 mg/L, the nutrient concentrations for Salt Springs look good.  I would predict low nutrient concentrations, given the lack of farmland or dense human development around the spring, so I was very surprised by the abundant algae and murky water in the run below the headspring.  I’m still puzzling that one out, as are most people who work on springs, I believe. 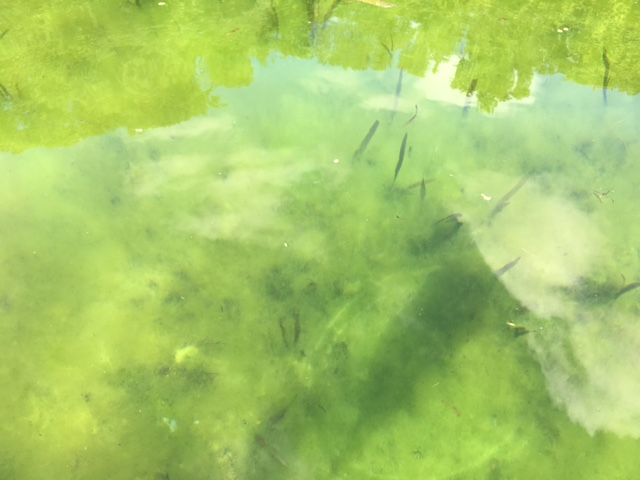 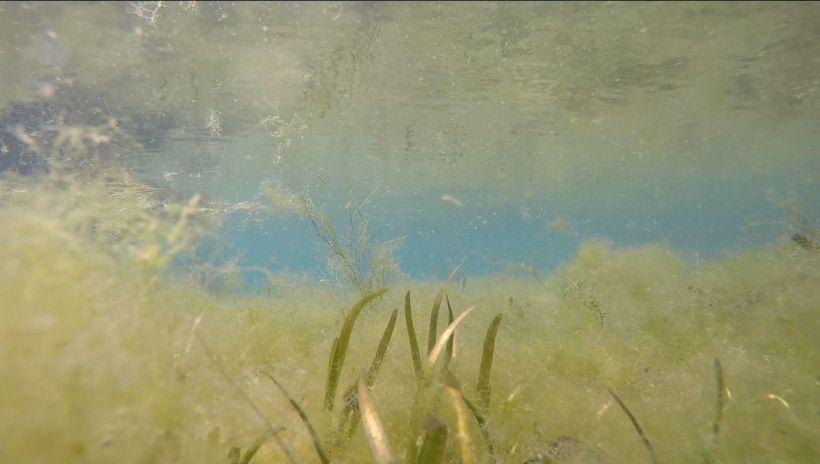 Algae on the bottom of Salt Spring, just below the springhead.  It was so thick that the eelgrass (Valisneria americana) or Sagittaria was just barely poking out through it.  I was surprised that the plants were even still alive.

Downstream the algae abated quite a bit, but it was hard to see and there was definitely algae on the plants.  Perhaps the wind contributed to the murk. 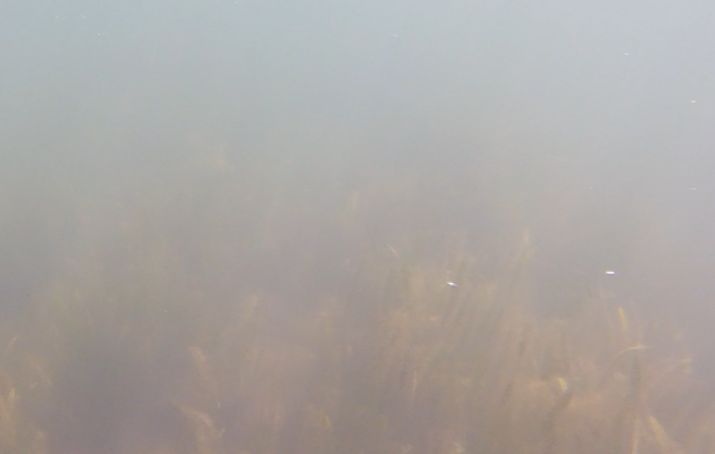 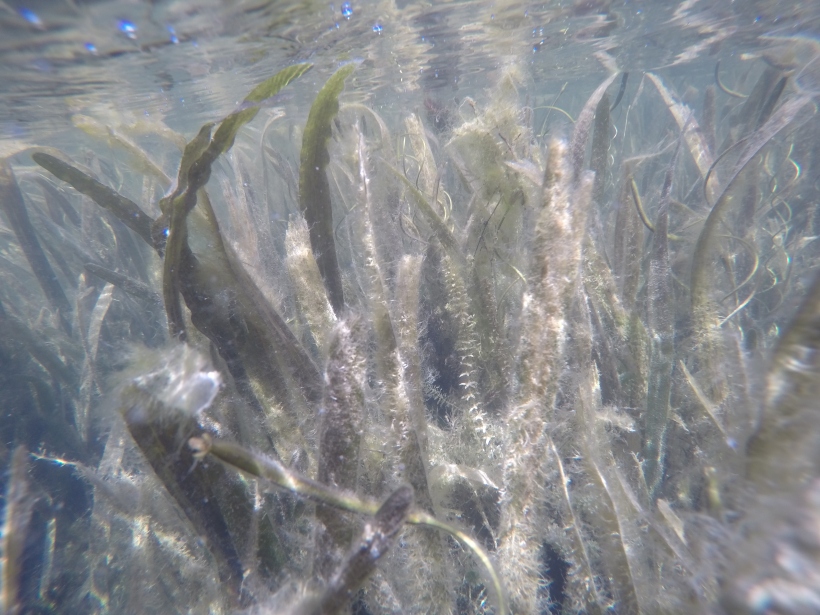 Eelgrass or Sagittaria on the bottom of Salt Springs run in the “lake” area.

Despite the algae and the turbidity, the diversity of fish was high for Salt Spring.  Both the diversity and the absolute counts of fish probably would have been even higher had I been able to see better.  The St. Johns River springs, generally, have higher diversity than the Suwannee and Santa Fe River springs, by my estimation.  There are a number of possible explanations for the high diversity, the length of the springs and the high conductivity being only two possibilities. 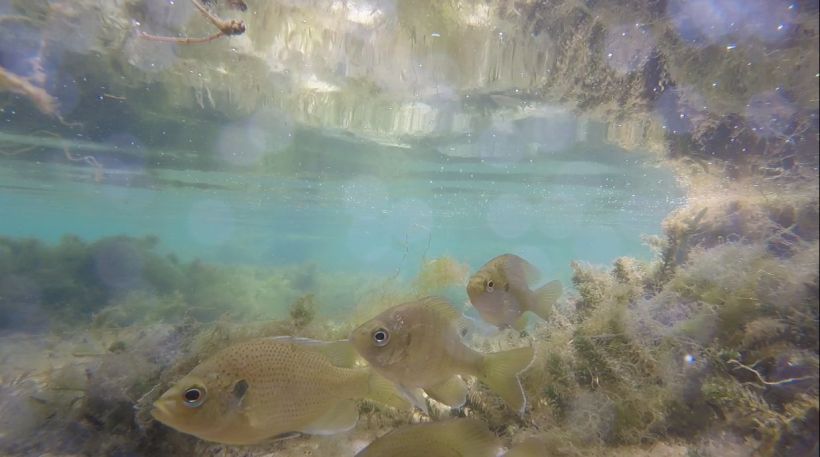 A couple of sunfish and shiners (Notropis sp.) in the run a little below the headspring.  Water clarity made fish counting a challenge on that windy day.  It’s interesting that the entire substrate of the bottom is moving through the entire video.

Salt Spring is a beautiful place, but I’m left with this mystery: why so much algae and suspended stuff creating murk?